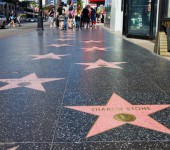 Lindisfarne Alan famous for scoring the 1972 UK No. 3 singe “Lady Eleanor,” dies from a heart attack at 50 years old.

In 1996 it all started with the release of their five singles, ‘Wannabe,’ ‘Say You’ll be there,’ ‘Who Do you Think you Are,’ ‘Mama’ and ‘2 Become 1.’ Their first hit Wannabe topped the charts at No. 1 in 31 countries, within 2 weeks two other singles topped the charts in 53 countries.

Crowds of tourists rushed the steps at Plaza de España Rome’s famous landmark, when they realized Mariah Carey was performing. She was forced to hide out in a local shop until she could be escorted to safety.

In 2003 at the age of 21 Britney Spears becomes the youngest singer to receive a star on the walk of fame.

At 75 Don Gibson famous country singer dies of natural causes. The country legend received No. single spots in both United States and United Kingdom. The famous song ‘I Can’t Stop Loving You,’ has been re-recorded by more than 700 artists.

After being pulled over in South Los Angeles because of a mechanical malfunction, Bonnie Pointer, singer of the Pointer Sisters is busted for having crack cocaine.